A while ago, I came across an idea that has made an enormous difference to how I plan my novels: It's using haiku poetry to plan my novel, from the theme to the story beats of the outline.

As I return to writing fiction for publication, I'm drawing on it again. And again, I'm struck by how much I love it, and how useful it is.

Below are some examples of the #haiku I've written to plan the beginning of the novel I'm currently working on: A Life Before This One (the prequel to Her Secret Rose). Yes, my book about WB & Maud Gonne has turned into a series and I'm well on my way through the writing of this prequel.

I think these haiku poems give you a flavor of what to expect.

What do you think?

Haiku is a popular Japanese poetic form used to describe creative moments, often in #nature, through three short lines arranged in a fixed number of syllables. #575 is a common variant; I prefer #373.

A hiaku turns a moment in time into an image. We don’t tell the reader what happened; we show it. We don't talk about how anyone felt. We trust the images, the sense perceptions, to hold the emotions.

A good haiku conveys a mood, without mentioning the person or mood. This is its value for the novelist.

The best haiku juxtapose images so they somehow evoke an unspoken emotion.

In using haiku poetry to plan a novel, however, I'm not aiming to write a technically great poem. I'm using the brevity and  sensory expression of the form to get at the essence of what's happening in my story. 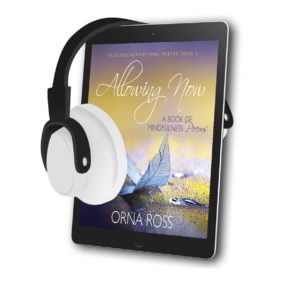 A straight sentence about what we saw or felt in 13 to 17 syllables can never cut through in the same way.

So yes, apologies to traditional haiku lovers, who turn to this beloved art form for something quite different: transcendence, mindfulness, the simplicity and profundity of the single moment, extracted for attention, in words.

I love haiku in this pure way myself. I write #haikustories on Instagram and have a whole section of haiku in Allowing Now, my book of mindfulness poetry. I know it's an art form that actually stands in opposition to utilitatarian.

Haiku are about being, not doing, allowing not planning.

And yet…. I so love this approach to planning a novel. And it’s taking my book where it needs to go. No novelist is going to say no to that, no matter how it might offend a purist.

So I'll continue to write haiku for their own intrinsic worth. But I'll also continue to use them to plan my novels.

How I Use Haiku Poetry to Plan a Novel: A Life Before This One

One haiku sums up the heart of the book, one for each of the parts, then each chapters, then within the chapter, each beat of the story's pulse. 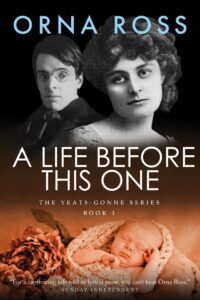 we weave blind
plans until we see how we
are woven

Theme of Part I

wielding fire
the youngsters burn in beauty
and magic

Rosy Cross, the narrator, introduces herself and the Gonne and Yeats families.

coins thrown up
outside the ball dancers swirl
beggars scrap

Maud's father, Colonel Tommy Gonne, approaches Mickey, a young woman the same age as Maud, and invites her to become his mistress

The failed portraitist JB Yeats, WB's father, oblivious of the boys' true pursuits, preaches positive agnosticism in his studio, while they eat a lunch of apples and water