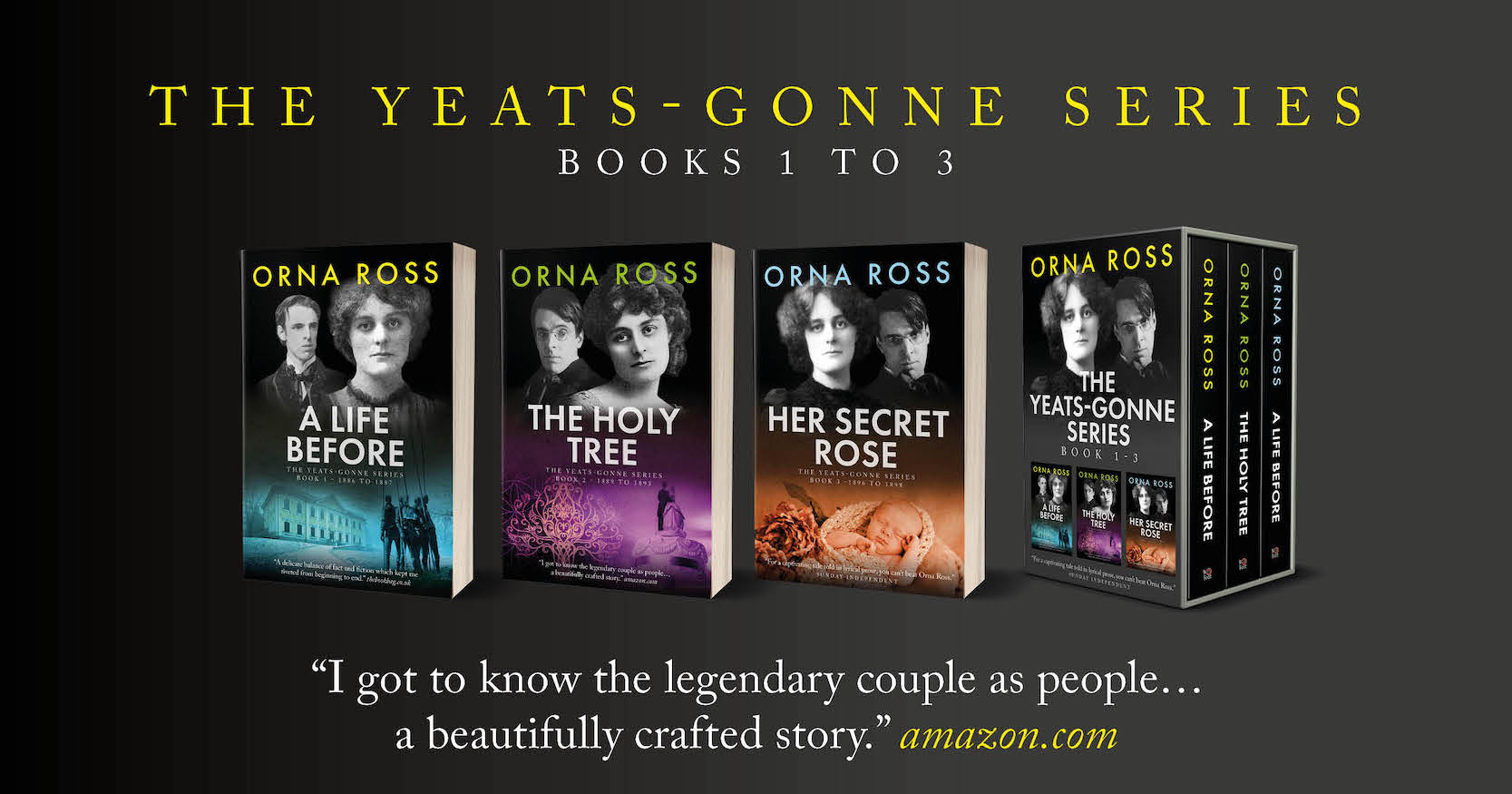 I'm getting close to publishing the first three books in my Gonne-Yeats series and have been working on the covers and blurbs, so I thought I'd share them with you, just before we take a  blog break to get everything ready for launch plans in September.
As I've explained elsewhere, this project began as one book and has now morphed into a series. Earlier versions of Book 2 and 3 previously published as Her Secret Rose. I'm keeping that title for Book 3 but have developed events and relationships across those years from 1889 to 1898.
So much happens that one book became two and then three! A Life Before, The Holy Tree and Her Secret Rose. Here are the covers and blurbs.
Sign up for my fiction newsletter if you want to know when they are released. 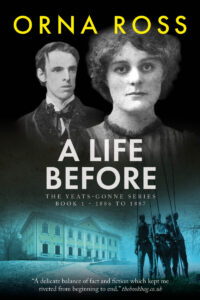 A Life Before. The Yeats-Gonne Series: Book 1

A brooding Irish poet. A beautiful rebel heiress. A love affair that shaped history.
Ireland, 1886: a time of land agitation, class struggle, and a fledgling women's rights movement. The young Irish poet WB Yeats must leave Dublin, forced by his father to emigrate. On the same boat to England is maid servant Rosy Cross, whose dangerous attraction to the local landlord has led her to flee. And the young English heiress, Maud Gonne, finds she too must leave Ireland to start over in London.
Thus begins an intricately plotted mix of fictional and factual stories, that spans three generations of historical and real-life characters. As tragedy draws three troubled seekers towards passion and peril, can they overcome temptation and redirect their unmoored lives?
Effortlessly traversing the Irish revolution, the Parisian demi-monde, and the London slums and stage, Orna Ross goes beyond the towering reputation of WB Yeats and Maud Gonne, to create an unforgettable world of rich and poor, love and loss, invention and truth.
The story behind the passionate love for Maud Gonne that Yeats immortalised in his poetry begins here, as three homesick young people come of age in a period of international unrest and intrigue. 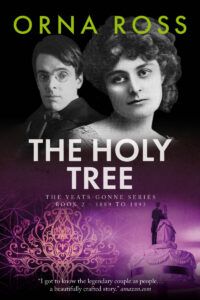 A brooding Irish poet. A beautiful rebel heiress. A love affair that shaped history.
The young Irish poet Willie Yeats is 23 in 1889, when dazzling Maud Gonne comes calling to his father's house to recruit him in her adopted cause of Irish freedom. What he comes to call “the troubling of his life” begins.
Their meeting ignites some of the most beautiful love poetry ever written, as Willie pours his unrequited passion onto the page, in mystical images inspired by ancient Ireland and occult spiritualism.
Meanwhile, adrift and penniless the young Rosy Cross sees another side of the poet and his friends, as the decadent movement of the 1890s takes hold in London. The events of these turbulent years test their endurance to its limit, as Maud launches herself as Ireland's Joan of Arc, Willie gets caught in bitter tussles, often for her sake, and poverty pushes Rosie into increasing danger.
When tragedy strikes each in different ways, will they find the “holy tree” that Willie's poetry says grows in every human heart? Or will enchantment and intrigue tear them apart?
The Holy Tree continues the story of secrets and intrigue that lie behind WB Yeats's impassioned love for his poetic muse, Maud Gonne, as as an international cast of unforgettable characters blend fact and fiction into a story of timeless truth. 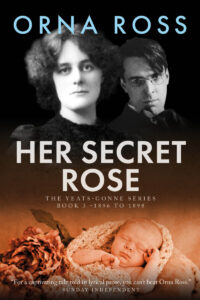 Note: this book was published before but I'll be reissuing it, as it's completely changed now that the series happened.
Willie continues to spread his dreams under Maud's feet, as they set about creating a new Ireland, through their mutual passion for poetry, politics, and the occult. While he forges his poetic career out of their relationship, his unattainable muse has other goals. And a secret she fears to share, even with him.
Turmoil and disillusionment come to weigh heavy on them both, and on Rosy, who is being drawn ever-deeper into London's underworld.
As secrets tighten their grip on three imperilled souls, should they dive deep into the occult knowledge that promises them great powers? Or does the dark glitter of its surface actually conceal even graver dangers?
Her Secret Rose continues the story of mystery and magic that underlie WB Yeats’s impassioned love for Maud Gonne, and reinstates the lives of the extraordinary, emancipated women obscured by poetic imagery.