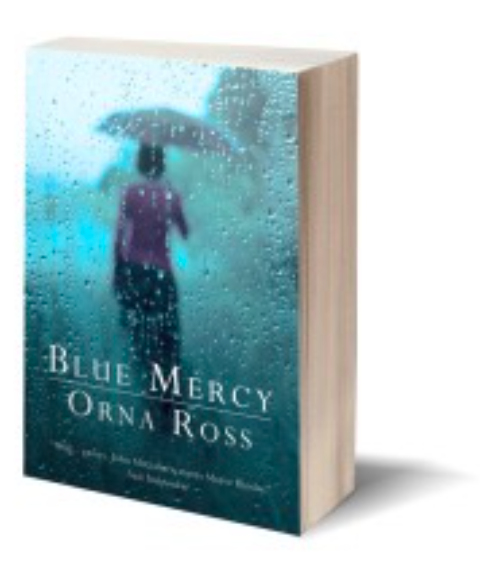 In this extract, we’re taking up the story, just before Mercy's father dies and she is arrested for the murder. At this point, she has returned to Ireland to care for him, he’s very old, he’s very ill and he’s as tyrannical as he ever was, in the days when she fled Ireland to get away from him. At this point in the novel we’re wondering, if Mercy is hiding something, we’re not sure what it is, we know her relationship with Star has deteriorated greatly and we’re wondering what that is about too but essentially we’re watching a woman who is barely hanging on. 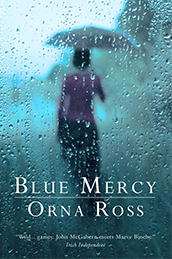 In those days after I returned to Ireland, I could feel my sanity quivering. I spent days and nights being drummed round an endless loop. My lover, my daughter, me, my daughter, my lover, my whole life seemed to have collapsed into this one string of thought.

Now Zach had set himself to banish the gnarled thinking, the shallow sleeps, the hours of staring out the kitchen window or into my father's dying face. He was going to take hold of my time he said. What I needed, he said, was less thinking and more practice.

Practice, as Zach used it was a Buddhist word with a special meaning. Our days were now going to begin with meditation. In the morning, after giving Daddy his cup of tea but before I made his breakfast or organized his medicine, I was to sit down on a cushion on the floor, beside Zach, legs crossed and for thirty minutes I was to focus my attention on my breathing. When thoughts arose in my mind, as he said they were certain to, I was to label them thinking and then bring my attention back to my breath, especially to my out breath.

It sounds easy doesn’t it? But oh, it wasn’t. The first day I jumped back up after just two minutes, completely overwhelmed. Gently, insistently, Zach led me back, you can’t do it wrong he said, so long as you’re sitting there, just see the thought. Don’t judge it, just let it be, then return to your breath.

I sat back down but as soon as I stilled my body, hurricanes of thought were rushing in, firing me with feeling, all the rebellion, restlessness, craving, agitation I’d ever felt seemed to be there. Every thought and experience was still somehow in my mind. I was remembering things like how my dentist once burst an abscess on my tooth before the pain killers kicked in. I could feel that pain. I recalled my first boyfriend, Mossy Mangan, a boy from Dulloch with a too-long chin, dumping me when it should have been the other way around.

I felt a plug of dread begotten by my father that always sat in the pit of me; I could feel every layer of it. And Star of course, Star, Star, Star.

I'd imagine going back home to Saint Paolo, onwards to somewhere else, somewhere where I could be beyond them both. I imagined what such a place would look like, a flat, open plain, mountains far in the distance, a ranch, a paddock, horses in the coral. And along with these confabulations, yes, everything I’d ever heard or seen or felt. I didn’t want it, most of it, I definitely didn’t want to be sitting here with it drilling into me. It could send me right over, was the thought I kept having. I could cut off my own ear or choke my father or tell Star what I really thought or step into Dulloch Lake, my pockets weighted with stones. But, because Zach was there, I sat on.

Next came what he called free-writing. Writing down fast in my hand three pages of those thoughts of mine, the things that were arising in my head. He said everything, opinion, idea, commentary, story, nonsense, bitterness, pettiness, jokes, place it all down on the page as mixed up as it wanted to be. Write it all out. I looked at him aghast.

‘Think of meditation as one leg to take you to peace, and this is the other he said. You need them both to get you there'. Peace? The words on the page were crazy but like the meditation, he said I wasn’t to judge what emerged. The meaning of the words were secondary to the act of writing them.

Oh, I resisted, I had re-written actually, this book to be getting on with, wasn’t structured work like that much more valuable to me than these pages of mismatch? And why did I have to use a pen? My typewriter was so much faster. ‘Oh fast', said Zach, as if speed was a vice. ‘But you said to write as fast as possible'? ‘A fast pen is quite fast enough Mercy. This isn’t a race, we’re after depth not distance'. He pointed to the pages, ‘look how much more of you is there than on a type written page. Your handwriting, it’s as unique as your fingerprint. It’s an expression of you, that’s what we’re after'.

‘Hmm', I said. ‘Yes, that’s the you that you can count on Mercy. Just do this practice and the rest will look after itself, I promise. The more you’re resisting this actually, the more you need it. So, come on, here’s a pen, another three pages today please, fast as you can. Starting now, go'!

He was right of course. The thoughts and the feelings still tore through me but as I observed them in writing I found myself separating from them a little, they lost some of their power over me and as the days passed I became aware of the different dimensions and the different voices inside me and my feelings were shrinking. I was becoming big enough to contain them. I was starting to feel better.

I’d never gain full control of my mind or my heart, that’s what Zach taught me. You can’t command the ocean or strap up the wind, but you can observe them, you can get to know them. He gave me this structured way to flex and strengthen my inner self so I could rely on it, so I could feel free and safe, whatever was going on around me.

The way he taught me, was the way he followed himself. And I found myself beginning to smile again, to laugh with him, to listen to music. I started cooking us some good recipes from our café days. I dug out my camera, I started taking photos of Doolough, of the mountains and the lake. Daddy was no longer the only focus of my day and at night Zach and I sat by the fire, murmuring quiet chat or listening to the Irish radio.

On the outside we looked like two simple middle aged people living simple ordinary days. Inside we were warriors fighting the true fight.