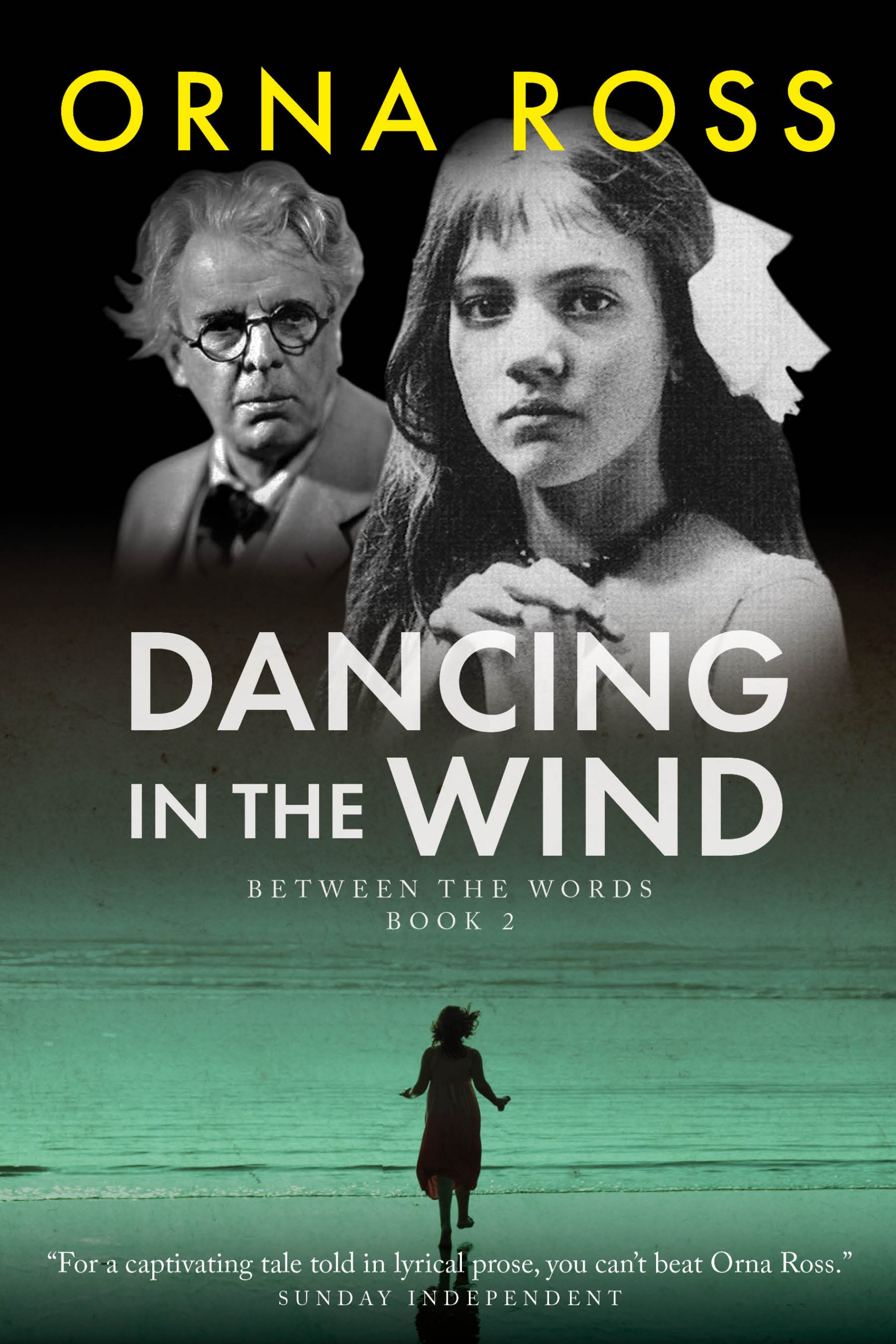 The story opens in 1916. The world is at war, Irish freedom fighters have just staged an armed rebellion in Dublin, and the three characters we first met in Her Secret Rose are deeply unsettled. The world famous poet, WB Yeats, “having come to 50 years” has decided it’s high time he was married and, by coincidence, the 1916 Rising has just made a widow of the love of his life, Maud Gonne. Maud’s thoughts are more political than personal. She is frantic to get to Ireland to join the freedom fighters there. While her daughter, Iseult, now 23 years old and as beautiful as her mother was at that age, longs for love, escape, and artistic achievement.

As three talented mavericks try to redeem their past against a background of escalating war and revolution, can they rise to what they truly need from each other? This novel is narrated by Rosy Cross, a working-class Irish woman, who’s spent her life investigating the involvement of these people in the infamous murder of her sister.

This is another snippet from my work in progress, Dancing in the Wind. If you'd like to receive a monthly extract, and contribute to the writing of this book, check out my Patreon Fiction Membership.

Until next time, happy reading!

Maud Gonne and WB lie, on the sun-drenched terrace of Les Mouettes, top clothes discarded. A breeze tugs softly at the poet’s hair and he feels it a small paradise to be here, after wartime London. The clean fragrance of sea-water, the scent of the sand, and the slight hint of Maud Gonne's perfume in the heat, the bergamot and lavender scent she wears at her temples and pulse points.

He can hear her breath, very faint, a rising and falling of air. He opens one eye to look at her. For once, she is still. The heat has made them both langerous, and she reclines on her lounger, stretched out, busy fingers at rest. He is close enough to see her scalp through hair that has thinned, the hollow of her cheek, the crisscrossing lines around eyes and mouth, marking the passage of time. But her lips are tight, and restless energy still crackles from her, somehow, though she lies so still. At fifty, she is still magnificent.

Across the sand, down near the water he can see Delaney and Seán in the distance, down by the water, the boy excited about something he’s found in a rock pool. But of poor Iseult, his new accomplice? No sign. She, or rather his guilty feeling that he’s deserted her, is interfering with his pleasure.

“It's been more than twelve hours now, and without food. Should someone not go to her?”

“Why are you so annoyed with her?”

“My dear, she would not be human if she did not object to this lionising of MacBride”.

“This is our opportunity to put that sordid tragedy behind us. You of all people should understand.”

“I understand that is how you view it.”

She pushes herself up onto one elbow to look him in the eye. He wonders what she sees. That he is no longer the shy boy who once would have happily died, if she'd but turned to him? Her eyes are no longer bright but the palest green, and in their depths a weariness. She is right, no-one knows better than he how she suffered in that time.

In their last passionate moments together, she had said to him “Strike me if I shriek.” He hadn't known whether it was because she had a horror of physical love, or whether she wanted what he'd only ever heard of snide whispers among his friends suggest that some women want.

Shock and confusion had crowned a hive of negative feelings, a scurrying colony of them, arranged in counter-spin rows. And the Iseult had burst into the room with her handful of flowers.

And afterwards, Maud’s letter, urging him to be strong enough and high enough to accept the spiritual love and union which was all she had to offer him.

And he was not. Strong enough. Or high enough. But with her by his side, perhaps he could be?

When he thinks of how she used to appear to him, so great a sweetness flows up through him, still.

Nervousness rears up in him, as so often before but if he is to ask, now is the time. He's conscious of his skin, a curious sensation of it pushing against his palm and fingers, soles and toes, cheeks and lips.

He slides from his chair so one knee is bent, and looks at her intently.

Maud laughs a small uncomfortable laugh. “And what is this”?

“Maud… I think, Maud, that we should marry. For the sake of the children”.

She laughs again, but this time loud, and cutting, a sound that’s like glass shattering and walls crumpling. “Iseult is no child”

Maud sit up in her lounger chair, feet to the floor now, eyes blazing. “She is too old for growing pains. As for your offer, Willie, I–”

“Before you speak, please hear me… It's not just the children.”

“When I look death in the face, when I clamber to the heights of sleep, when I grow excited with wine, it's your face I meet.”

“I know. It frightened me”.

“Oh Maud, because you did not keep our deep-sworn vow, I have had other friends, yes, but always, always, it has been…”

“Pfff! ‘Friends.' We are 50 now, and you still cannot bring yourself to say the word ‘lover’.”

“I had thought at 50 years, that I must endure. But being here again, with you and your family… and MacBride dead. Oh Maud, is this not our chance now, to put all to rights? Might we and Ireland not be ready now for our Castle of the Heroes?”

“Willie, I do not believe it is in your power to be parent to my children. It would arouse jealousy.”

“You would be jealous of the love I bear them.”

She reaches one hand up to his face as she does, his face has turned in the direction of the entrance and it brushes only warm air.

She turns too, to see the figure in the doorway. Iseult.

Her hair is loose, like a drift of golden silk, and draped across the left side of her face as if wearing a veil. “Would either of you like some tea?” she asks, brightly.