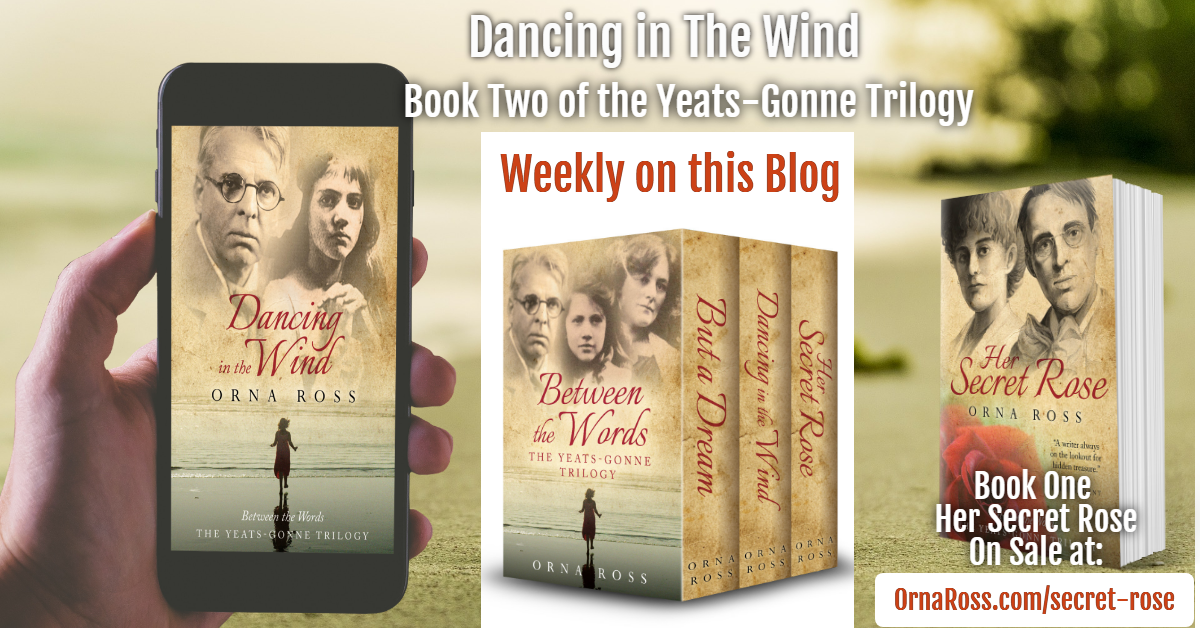 I have done some shuffling on the fiction front and I'll be blogging Dancing in the Wind, Book Two in the Yeats-Gonne Trilogy here with weekly extracts in the Friday Fiction slot.

I’ve already written this story as a film script, now as a novel.

This trilogy is made up of three standalone novels, that together tell the story of the strange love triangle between the poet WB Yeats, his long-time muse Maud Gonne and her daughter, Iseult.

The Gonnes–as well as his family and other firends–knew Yeats not as WB, but as Willie. And not only as a great poet–both appreciated his genius–but also as a flawed, confused and narcissistic man.

Taken together these books (each of which can be read alone) cover the years from 1889 to 1923, turbulent times in Ireland, London and France.

The characters’ lives are deeply impacted by the great war going on around them, and the Irish rebellion.

Dancing in the Wind opens with the execution of John MacBride, Maud’s husband, for his part in Ireland's 1916 independence rebellion. You can read that next Friday.

In the meantime, you can purchase Book One, Her Secret Rose, here.

If you've been motivated, moved or inspired by my writing or any of my work, please consider becoming a patron.

If you already do support, then a deep bow. Thank you. Sonas mór leat. Namaste.