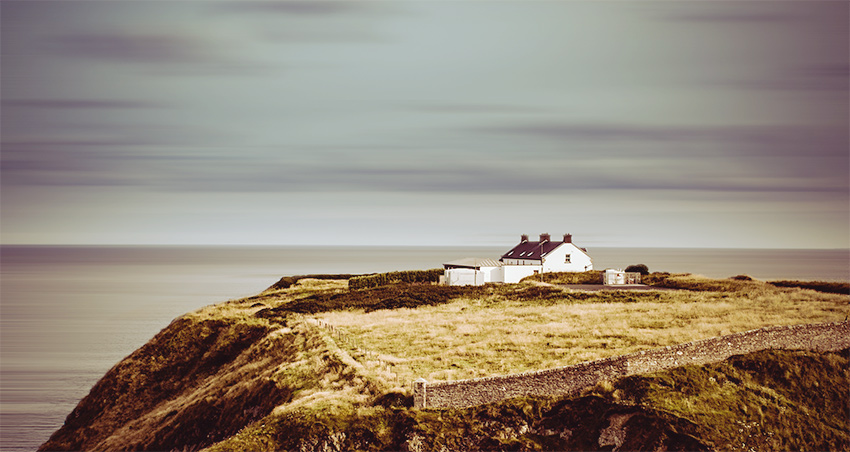 The first recorded Irish stories were Celtic. They presented our world as eternal, represented by the famous knotwork art produced for centuries in Ireland's monasteries. There are fewer stories about the moment of creation in Celtic culture than other tribes but one I love is the story of Oran Mór.

Once upon a time, there was no time. There were also no Gods and no man or woman to walk the land. There was only the depths of the sea and its dark, eternal quiet. A strain of melody moved across the endless waters, a whisper first. The music was the Oran Mór “The Great Melody” and it grew into a great spiraling, gathering sound and momentum, reaching further and louder, building to a great crescendo until, where the sea met the land, a sea-horse came to be born of white sea-foam. She was a mare, and her name was Eiocha.

Oran Mór did not cease with the initial creation. Many more came then, emerging out of the sound that was singing itself through the waters, one thing begetting another until, from an oak tree, Eiocha sprouted a plant which gave birth to the first God. They mated and begot more Gods, who felt lonely because they did not have anyone to be Godly with, and so from the wood of an oak tree they created the first man and woman, as well as the other animals. Giants too were born from the bark of that tree, when Eiocha hurled it into the water, once.

Oran Mór, in great delight, sang on, still sings on today, filling creationn— for all those who can hear — with its divine harmony.

It is the font of all creation, for all who can hear its song.

It’s a beautiful understanding — and one we work with throughout the Go Creative! series.